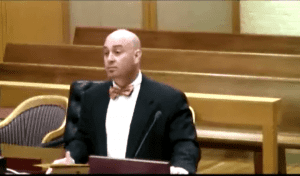 Bloom Sugarman won a major victory for a beach-front condo owner’s association against a developer who attempted to defraud the condo owners by removing the beach lot from the association’s common property without their knowledge.  First, Bloom Sugarman secured a victory before the trial court when the Judge declared that the condo owners were the rightful owners of the beach and entitled to over $1.1 million in damages.  Then, we successfully defended the decision on appeal to the First District Court of Appeals, who affirmed the lower court’s opinion in full.  To watch Simon Bloom during the oral arguments before the First District Court of Appeals, click here.

Sparked by Passion: Volunteer Leaders Are The Engine that Empowers Non-Profits